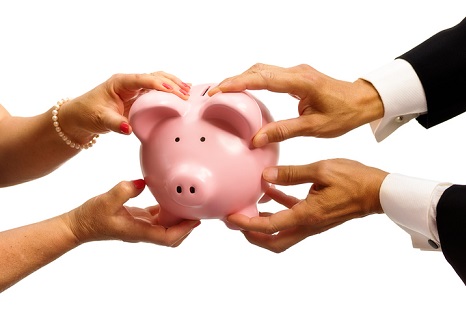 After nine months of stockpiling capital to ensure they could withstand the strains of the pandemic, Canada’s biggest banks are facing a new problem: how to spend all that extra money.

Canada’s six largest banks were sitting on CA$70.4 billion more in Common Equity Tier 1 capital than required by regulators, as of Oct. 31. CET1 capital is the stash of securities meant to serve as a bank’s first line of defence in a financial crisis.

While excess capital may be reassuring during a global pandemic, it also threatens to become a drag on the banks’ return on equity, a key metric for investors, as Covid-19 vaccines are distributed and the economy recovers. The challenge banks face is making compelling arguments that they have the best plan for putting that money to work — and earning a higher valuation for it.

“What investors are looking for now is where is growth going to come from — top line and bottom line?” Barclays Plc analyst John Aiken said in an interview. “Deployment of capital can definitely aid that, as well as improve the dampening impact that this higher level of capital is having on return on equity.”

Investors may get some answers on how the companies plan to deploy that capital on Monday, when their chief executive officers are scheduled to speak at Royal Bank of Canada’s annual Canadian Bank CEO Conference.

Among the most intriguing possibilities for investors is that the banks will use that dry powder for acquisitions, particularly south of the border. Toronto-Dominion Bank CEO Bharat Masrani said last month that he is “very open to acquisitions” and sees them as a way to accelerate its US growth. Similarly, Royal Bank CEO Dave McKay said last month that his bank is “looking to scale” in the US and will “continue to look for opportunities.”

While Toronto-Dominion is “under the most pressure to ‘do something’” on the acquisition front, the time is favourable for Canadian banks to take over smaller US banks, National Bank of Canada analyst Gabriel Dechaine wrote in a Dec. 16 note to clients.

Banks have excess capital, interest rates are low and organic growth prospects are weak, he said.

“The current environment is likely as good as any to do a deal,” Dechaine said.

The capital hoard was built up last year to protect against a possible wave of defaults resulting from economic shutdowns to fight the spread of Covid-19. In March, Canadian regulators told banks to halt share buybacks and dividend increases.

Investors initially welcomed the capital buildups because they reduced the likelihood banks would be forced to raise more money, which would dilute shareholders’ equity, Aiken said. It also ensured their dividends were safe, a key concern for Canadian investors, he said, with banks in the country tending to have higher yields than their US counterparts.

The result is that Canada’s six largest banks reported a combined CA$262 billion in CET1 capital as of Oct. 31, accounting for 12.3% of their risk-weighted assets. Regulators require that ratio to be just 9%, meaning the banks are carrying about CA$70.4 billion more than mandated.

Many banks internally target a ratio of around 11%, and the Big Six still have an extra CA$27.8 billion in CET1 capital beyond that level.

In addition to acquisitions, share buybacks could be a quick way to deploy the capital once they’re allowed again. Canadian regulators will want some time, though, to see how severe credit losses are, Aiken said. The earliest they’d let repurchases resume would be this summer, he said, though the fall is more likely.

The Canadian banks could buy back 2% to 5% of their shares outstanding on an annualized basis this year if regulators allow repurchases in a similar manner to what the US Federal Reserve permitted late last year for American banks, according to a Bloomberg Intelligence study.

Dividend increases could be a similarly rapid way to put the money to work, once regulators allow for them. So far, Canadian officials have opened the door only to special dividends under “exceptional circumstances.”