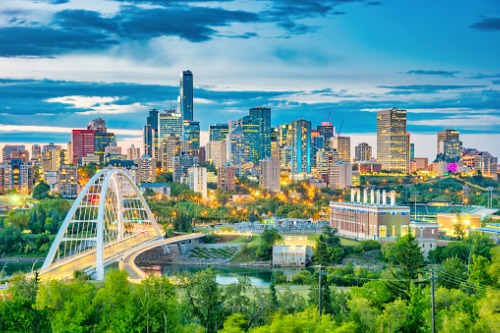 Nexus Real Estate Investment Trust has announced its impending acquisition of an extensive industrial asset in Alberta for $19.75 million.

“We continue to march forward towards our goal of becoming a pure play industrial REIT,” said Kelly Hanczyk, chief executive officer of Nexus REIT. “On completion of this and our other announced transactions, we will have surpassed $300 million of industrial acquisitions in 2021.”

“We recently entered into a new $40 million line of credit secured against three of the properties we acquired in London, Ontario, in April, and we have liquidity to complete additional industrial purchases in the second half of the year,” Hanczyk added.

The Alberta acquisition is expected to close in early September, and is slated to be funded with a combination of proceeds of new mortgage financing, cash on hand, and funds available to be drawn on the REIT’s credit facilities.

Taking into account this latest purchase and sale agreement, the REIT has six industrial properties amounting to approximately 1.1 million square feet currently under contract with five vendors, with a collective purchase value of approximately $140 million.

An estimated $43.9 million of the aggregate purchase price for the six properties is expected to be “satisfied through the issuance of Class B LP units of a subsidiary limited partnership of the REIT to the vendors,” Nexus said in its announcement.