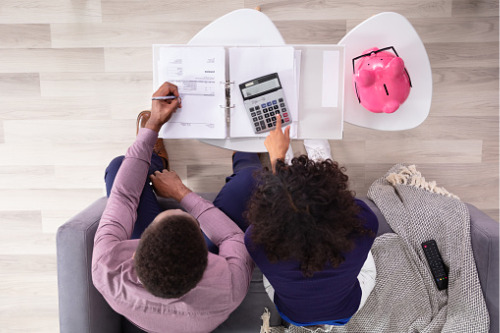 Three out of four Canadians said that their top financial priority this year is to pay down debt or retain an elevated level of savings, according to a new survey conducted by Nanos Research Group for Bloomberg from December 27-30.

Nanos found that 39% of Canadians are looking to prioritize debt repayments this year, while 37% will be storing extra funds in their savings accounts. Another 13% said their top priority will be to invest in real estate or the stock market.

But despite the mounting household wealth, only 11% said they plan to make major purchases this year. Statistics Canada data showed that a dynamic housing market had boosted national household net worth by more than $600 billion in the first six months of the pandemic.

In the first nine months of 2020, average disposable income spiked by around $100 billion annually due to the federal government’s COVID-19 financial aid programs. During the same time frame, household spending dropped by more than $50 billion.

This widespread reluctance to make the money flow might introduce significant risks to the nation’s economic recovery in the near-term, observers warned.

“A vigorous post-lockdown rebound in Canada is losing momentum through the first quarter of 2021,” said Andrew Husby, Bloomberg economist. “We anticipate a weak and uneven patch through the winter transitioning to a stronger-than-consensus pickup starting in the second quarter.”