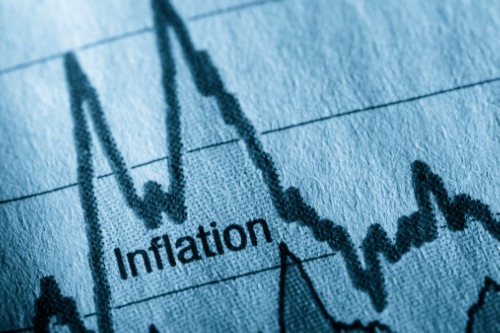 Canada’s headline inflation barometer rose 1% in January compared with the same month last year, accelerating from the end of 2020 and poised to go higher in the coming months.

The consumer price index hasn’t been above the 1% threshold since one year ago this month, when inflation rose 2.2% compared to February 2019.

The January reading compared with a year-over-year increase of 0.7% in December, and just outpaced expectations from economists who on average expected a 0.9% for January, according to financial data firm Refinitiv.

Since then, annual inflation had only once clawed its way to 1% before January when the index hit that mark this past November as the COVID-19 pandemic has altered spending habits.

The longer price weaknesses prevail, the longer interest rates are likely to stay low: The Bank of Canada plans to keep its key policy rate at 0.25% until the economy is back on its feet and inflation returns to its two-per-cent target.

The average of Canada’s three measures for core inflation, which are considered better gauges of underlying price pressures and closely tracked by the Bank of Canada, was 1.5% for January, down from the 1.57% Statistics Canada reported in December.

The next few months may push annual inflation back to or above the central bank’s comfort zone, but only because the 12-month comparison will be to the worst of the pandemic-induced downturn, said CIBC senior economist Royce Mendes.

The skew may be so bad that the figures “will be rendered almost meaningless,” he said, noting policy-makers will have to follow trends to get a better sense of the pace of price growth.

“We all know what the game plan is in this country, and it’s that both fiscal and monetary policy-makers need to continue to provide support for the Canadian economy, and the economy is going to be limping ahead until we can put the virus behind us for good,” Mendes said in an interview.

Despite picking up speed to start 2021, economists pointed to ongoing pockets of price weakness in the January inflation figures, including hard-hit services like airline fares that fell further last month.

The strength in prices in January came mainly from rising gasoline prices that Statistics Canada said increased 6.1% compared with December.

Still, gasoline prices were 3.3% below where they were in January 2020 when the first hints of demand uncertainty hit global markets as COVID-19 began to spread.

Excluding gasoline prices, the consumer price index in January was up 1.3% compared with a year ago, Statistics Canada said.

TD senior economist James Marple noted that energy prices would soon rise above where they were last year.

“With the WTI benchmark price pushing above $60, the comparison to the plunge in prices last spring will be a key factor pushing up year-on-year inflation metrics over the next few months,” he wrote.

Also driving the increase was the sale of new passenger vehicles, which Statistics Canada says was mainly attributable to higher availability of new model-year cars compared with the same month one year earlier, and higher costs for cellphone services.

Housing prices increased annually by 5.8%, the highest year-over-year growth since August 2007, noted Anna Feng, an economist with the Conference Board of Canada.

Driving the increase is demand for larger homes and low mortgage rates.

“It’s hard to say how long this surge in housing price is going to last,” Feng said, “but for sure, this year, housing prices will be strong and they will contribute a lot to inflation.”