Buying A Typical Home In Canada?…

The last quarter of …

Could Mortgage Rates Start to Ri…

CMHC: Cost gap between owning an…

The gap between the …

How long does it take the averag…

National Bank of Can…

Calls grow for a crackdown on “s…

What the Keystone XL cancellatio… 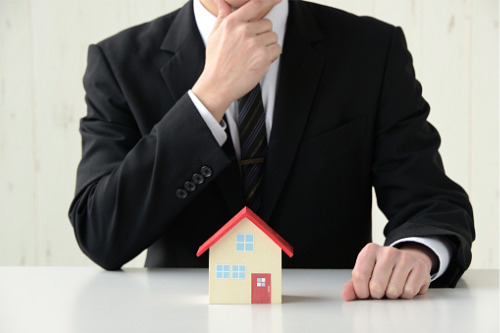 A significant proportion of Canadians possess an alarmingly weak understanding of mortgages and other financial topics, according to a new RATESDOTCA survey.

Released on the tenth anniversary of Financial Literacy Month, the poll showed that 38% of Canadians are confident in their projections of where interest rates may be in five years, despite interest rates being fundamentally unpredictable.

The survey also found that 57% of Canadians were not aware that variable-rate mortgages save more money than fixed-rate products.

“Research indicates that variable-rates outperform fixed-rates over the long-run, with fixed-rates outperforming only a minority of the time and mainly at the trough of economic cycles,” RATESDOTCA said. “Mistiming is costly, suggesting that confidence in one’s predictive abilities may result in choosing the wrong mortgage.”

As for the most important factor when choosing mortgages, 44% of respondents chose he interest rate, while 19% said total borrowing cost over the term, and 16% said term length.

“For qualified borrowers, total borrowing cost is generally the most important consideration with a mortgage,” RATESDOTCA said. “This is concerning as it indicates borrowers may be distracted by less important factors.”

The survey data found that 58% of respondents faced with an unexpected cash windfall (salary increase, bonus, or inheritance) would likely put the funds in their mortgages. RATESDOTCA says that’s a mistake for most, and that Canadians in this situation would be better off putting the extra cash to its best use given a person’s goals and risk tolerance.

“[I]f your time horizon is long enough, you’re often better off paying more of your mortgage with future dollars and investing current dollars in assets that appreciate faster (after taxes) than the rate of inflation,” reads the report.

“This suggests that many are ignoring opportunity costs when prioritizing the psychological benefits of a paid-off home,” RATESDOTCA said.

“Once again, data suggests that millions of Canadians have misconceptions that can lead them to choose more expensive mortgages,” said Rob McLister, founder of RateSpy. “Having a baseline awareness of key mortgage facts can reduce borrowing costs by thousands of dollars.”

Calls grow for a crackdown…

These are Canada’s most unaffordable…

Home sales in the Prairies…

Calls grow for a crackdown on “shady” lenders, “outrageous” interest…