How the new mortgage 'stress tes…

TORONTO -- In an attempt…

The interest may run you…

Struggling to Qualify for a Mort…

Does the BoC announcement spell …

The latest Bank of Canad…

A Pre-Approval Does Not Guarante…

Many Canadians are under…

Is cryptocurrency the future of … 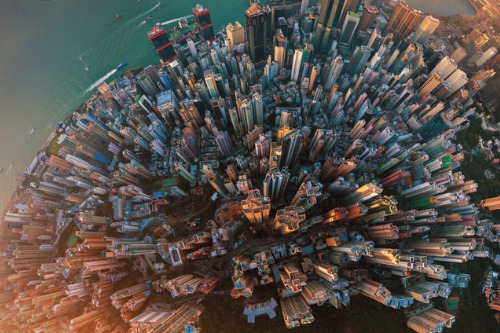 Yesterday, Altus Group released its seventeenth annual Canadian Property Tax Rate Benchmark Report, a study of the commercial and residential property tax rates in eleven of Canada’s major population centres. The report found that for the third year in a row, eight of the eleven cities studied have commercial tax rates that are at least double that applied to residential properties.

For 2020, the five cities with the highest estimated commercial property taxes per $1,000 of assessed property value are:

Vancouver’s rate was the most dynamic compared to 2019, shrinking 27.9 percent year-over-year. According to Terry Bishop, Altus Group’s president of property tax in Canada, the change in the commercial tax rate in Vancouver reflects a key realization on the part of city managers.

“I think they probably knew that they were leaning a little too much on the commercial sector,” Bishop says. “With the economic fallout of COVID coming along, I think they saw an opportunity to provide some relief to businesses. They’re the only city across the country that did anything significant on the property tax abatement side.”

While not on the same scale as Vancouver, Calgary lowered its commercial tax rate by 11.9 percent in 2020. But in Cow Town’s case, the decrease was more the result of the desperate situation faced by many of the city’s businesses, who had been asked to pay higher property taxes in each of the previous three years.

“It was getting to the point where businesses couldn’t afford the taxes that they were paying,” Bishop says. “The city had to bite the bullet and increase residential rates and reduce commercial rates.”

Of the other four markets that saw their commercial tax rates fall, only two, Toronto and Winnipeg, experienced declines of greater than four percent. The biggest year-over-year rise in commercial rate occurred in Saskatoon, where it grew a modest 2.6 percent.

Residential tax rates were largely unchanged, with the national average of residential property taxes per $1,000 of assessment for 2020 coming in at $8.98, a penny less than a year before.

Taking the commercial and residential data one step further, Altus Group calculated a commercial-residential tax ratio for each city. Bishop says the ratios may be the most important data point the study has to offer, as they speak to the disproportionate share of the property tax burden commercial owners are asked to carry.

“I think it’s more important to watch the trend in the ratios from a fairness and equity point of view than the actual tax rate,” he says.

Because property taxes account for a large portion of the rent paid by most businesses, and because they represent one of the most onerous operating costs for business owners that own their own properties, Altus Group fears that small businesses required to pay an outsized proportion of a community’s property taxes will face serious competitive challenges. If they can’t survive in their current marketplace, they may be enticed to move to a new location where the tax burden is significantly lower.

“It’s important that municipalities are aware of that and don’t lean on them too hard,” Bishop says.

For the first time, Altus Group also studied the separate impacts municipal and provincial governments play in determining each market’s commercial-residential ratio. In Calgary, Edmonton, Montreal, Quebec City and Halifax, it was found that the higher-than-average ratios are being driven by municipal taxes, while the high ratios in Toronto and Ottawa are largely the result of provincial education levies.

Bishop admits that reducing property taxes is a tough sell for provinces and municipalities scrambling to make up the tax revenue lost as a result of COVID-19-triggered business closures. But asking businesses to keep paying their current tax rates when so many are on the verge of collapse isn’t the rosiest of alternatives.

“To expect to recover the same amount of taxes from those businesses when their revenues are down significantly,” he says, “is a tall order.”

Here's how much an extra…

The interest may run you the equivalent…

A Pre-Approval Does Not Guarantee…

Many Canadians are under the assumption their…

How the new mortgage 'stress test' will affect homebuyers