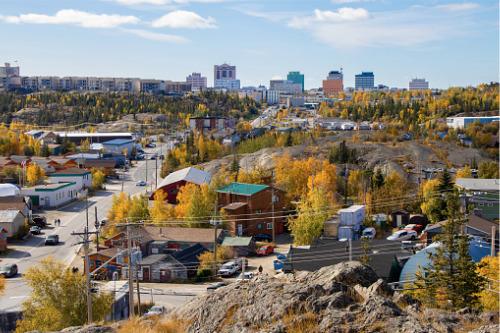 People in the Northwest Territories’ capital struggle to find rental units and have issues affording them, suggests a northern housing report released by the Canada Mortgage and Housing Corporation (CMHC).

The biggest issue across all three territories continues to be affordability. Around one in five N.W.T. households is said by the report to spend a third or more of its income on housing.

An increasing number of Yellowknife residents have difficulty paying their rent. The proportion of residents with affordability concerns more than doubled from 14 to 29% in the past decade.

Shelter is already the largest cost Yellowknife families incur each year, according to a 2019 report from northern non-profit Alternatives North.

The N.W.T. has already acknowledged it is enduring a housing crisis. Last year, the territory’s own report found more than two in five N.W.T. homes has at least one significant issue.

The CMHC’s report focuses on 2019 data for the territorial capital, where increasing employment for young adults is said to have driven an uptick in rental demand.

In Yellowknife, the average rent for a two-bedroom apartment reached $1,744, around $50 per month pricier than it was a year earlier.

The city’s apartment vacancy rate was 4.2% in 2019, down from 5.2% in 2018, reducing options for those who decide to move within Yellowknife or move into the city.

The number of new housing projects also dropped. Some – such as the West Bay condo development and proposed Bartam Court apartments – are experiencing delays related to appeals from nearby residents.

The report focuses on data that predates the COVID-19 pandemic and the difficulties facing the territory’s Ekati diamond mine this year, where hundreds of staff have been furloughed. That means predicting the market’s evolution in 2020 and beyond is tricky.

“Negative growth in the mining industry is likely to affect other areas of the economy, especially construction activity, and result in job losses causing more workers to exit the territory,” the report stated.

“This is likely to impact housing market demand in the N.W.T. and, more specifically, in Yellowknife.”